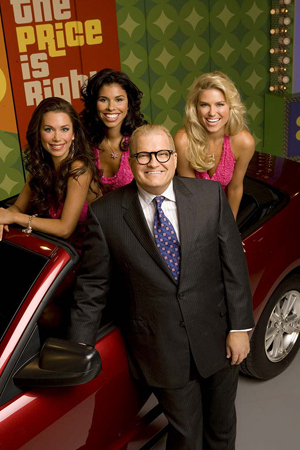 In just the last week, two different people have come to me to get feedback on their pricing. One was a startup selling a very sophisticated product to corporate enterprises. The other was selling consulting services to individuals, small businesses, and trade associations. In both cases, however, the questions were the same: how should I price this on a per-head basis? When should I charge a flat fee? How do I make sure I'm not leaving money on the table? How do I make sure I'm not losing customers? First thing I said was: you need to have a public rate table. I believe that people like to comparison shop, but that they only choose amongst those providers who make it easy to compare prices. If you provide a rate up front, you are at a substantial competitive advantage to your competitors who require potential customers to fill in a lead generation form. Second, if you have a premium product and you have a competitive advantage because you make it easier for customers to compare you against the competition, for the love of God, raise your rates. Higher costs are a signaling mechanism that you're selling a premium product. I can't find a link, but there's an apocryphal tale that Cadillac sales actually went down in the 1980s when Cadillac lowered prices. Traditional economics says that lower prices means you move right on the demand curve, leading to higher sales, but it didn't happen because consumers thought the lower prices were a signal of lower quality. OK, now that we'd established better base rates, the question came down to how do we set the appropriate levels based on demand? Surely you want to have quantity discounts, especially for those parts of the business that are easily scalable. Well, to start, let's take a look at a business I know intimately well. Here are my rates for business consulting and GMAT tutoring services (two wildly divergent services, one simple rate table):

As you can see, there's a substantial price break for pre-paying for more hours. This allows me to better manage my schedule and worry less about new client recruitment, and it encourages my clients to buy more hours as they get more "bang for their buck". It's a traditional win-win situation.
(Note: I've actually since raised my rates since this was originally published in November 2009: they're now $300, $250, and $200 an hour for the various pre-payments.  Read on for why.)
How did I pick my rates? Well, they just "feel" right. It "feels like" a good balance of encouraging larger purchases, but there's no real rhyme or reason. To me, it's like the golden ratio: it just "feels" right. However, it also turns out that there's a constant that shows up again and again in other successful companies' pricing. Let me demonstrate with pretty pictures: Here's a graph of my consulting/tutoring rates:

As you can see, there are two steps: one at 5 hours and one at 10 hours. Everything else is constant. As you can see, at the 5 hour mark, my new rate is 83% of the rate for 1-4 hours. At the 10 hour mark, the new rate is 80% of the 5-9 hour rate. So the reduction in rates is very similar: about 80% of the prior rate. Well, remember how I said we see this in lots of other places? It's really quite uncanny. Let's start with everyone's "it just works" darling, Dropbox:

Basecamp comes in four paid flavors: 3 GB of storage for $24 a month, 10 GB of storage for $49 a month, 20 GB for $99 per, and 50 GB for $149 per. Again, you see the same spikes in yearly price per GB at the break points. Again, as you get into larger amounts, the difference for every marginal GB becomes relatively minor. Again, it's a bit asymptotic at the tail (in this case, in the mid-$30s per GB per year). Lastly, let's take a look at Freshbooks:

Unlike the others, Freshbooks charges per client, not per GB, which makes sense as it's an accounting system, not a file storage repository. Freshbook charges $19 a month for up to 25 clients, $29 for up to 100, and $39 for up to 500. In this graph, I don't go all the way out to the "Starship" and "Time Machine" packages (seriously, guys, WTF?), but you can see the same spikes in per client costs at the 25, 100, and 500 client breakpoints that we saw for the GB breakpoints for Dropbox and Basecamp. "But wait!" you say. "These graphs show spikes in the per-unit costs only at the break points - they're almost flat at the other points The graph for your consulting services showed troughs in the break points." This is true, grasshopper. Except! Take a look at the first few data points for all three. Notice something? At the small amounts, there actually is a substantial difference at each incremental GB or client (the lighter line). Let's look at these differences in table form:

That's right - early on, there's a lot of 80-something percents in the per-unit differences. So here's my rule: The rule of 80%. For anyone selling on an incremental basis, set your break points that the per-unit costs of the new tier are 80% of the per-unit cost for the previous tier. If you're a consultant, whatever your break points are, charge 80% on a per-hour basis at your breaks. If you charge $1000 an hour, whatever your break point is - 5 hours, 10 hours, 1000 hours, make sure the per-hour charge after the break point is no more than $800 an hour. If you sell beer at $5 a bottle, make sure the cost of a six pack (the logical break point) is no more than $24, for a per-unit cost of $4. If you're selling at a fixed price, it's a no more complex. You just must make sure that your break point from your first paid tier to your second paid tier is high enough to clear the 80s on the light line and it gets into the 90 percent range. If you set your second paid tier too early, before the dramatic savings in per-unit use peter out, your customers will be able to "feel" that you're trying to rip them off and they may not sign up with you in the first place. Once you give them enough goodies at the first paid tier, then you can feel free to ratchet things up - just make sure that your third and fourth tier ratchets don't kick in until the per-unit cost is at or below the limits of the previous tier. (Essentially, make sure your dark line is at the low point in the graph before you create a new tier.) Well, based on this rule, it looks like 37signals is ripping users off on their Plus plan when compared to their Basic plan. Perhaps that's why they highlight the Plus plan - to avoid comparisons to the Basic plan in favor of comparisons to their Premium and Max plans, where the Plus plan does look like a fair deal. Or, perhaps, maybe the per-GB comparison is the wrong one. So let's take a look at the per-project comparison:

Well, shiver me timbers, but that looks just like the other graphs in the series: same severe downslope with humps in the dark line, same gentle curve with spikes in the lighter line, but no spikes until you hit the 90's.

Now, of course, I'd recommend that 37signals bumps up storage on their Basic plan, with the attendant bumps down the line, but hey, that's just me and my Rule of 80%.